Are you really putting a Power Stroke engine in a GTR?

When LYFE started building GTR's they began with a chassis named Frank the Tank. It was such a tough car and it put up with a lot of abuse so the name seemed fitting. As they started to take Frank apart to build Sydney (a stellar performer at Pike’s Peak), it was kind of sad since they didn't know what his fate at that point would be. Frank got put under a car cover in the corner of the shop, and there he sat.

After six years of essentially being forgotten about, Frank the Tank has been reborn as Frank the 6.0 and is back in action with a sense of purpose once again. Everything that was learned on Sydney is being applied to this platform and Frank the 6.0 is heading back to Pikes Peak.

But there's a catch, we're going after the diesel record powered by a 6.0L Ford Power Stroke® 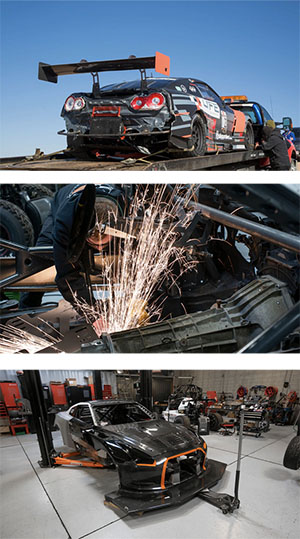 This idea came about through the close relationship between Riffraff Diesel and LYFE Motorsports. Riffraff is a leader in the Powerstroke Diesel 7.3L / 6.0L community and LYFE, who specializes in building race cars, knows the R35 chassis really well. Suspension, brakes and aero are all sorted out, but a good powertrain was needed to get to the top—to get that diesel record. The record is currently held by Scott Birdsall in a '48 Ford F1 called Old Smokey.

Riffraff Diesel is building a couple of engines right now. Currently, the mock-up engine is getting fitted in place, but soon there will be a race engine as well as a spare engine to go and tackle the mountain.

This is one of the oddest chassis engine combinations that’s ever been seen or heard of and its purpose built. This isn't a show car and it’s not being done to simply shove an engine in and then take a parade lap.

Be sure to follow along as Riffraff Diesel and LYFE Motorsports partner together to race this thing up America's Mountain for the diesel record. This is getting really serious, really quickly, and bottom line, it is going to be Fast, Functional, and Fun! 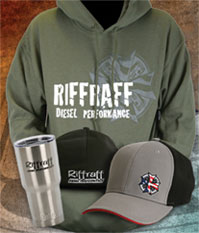 1 Item were added to your cart.